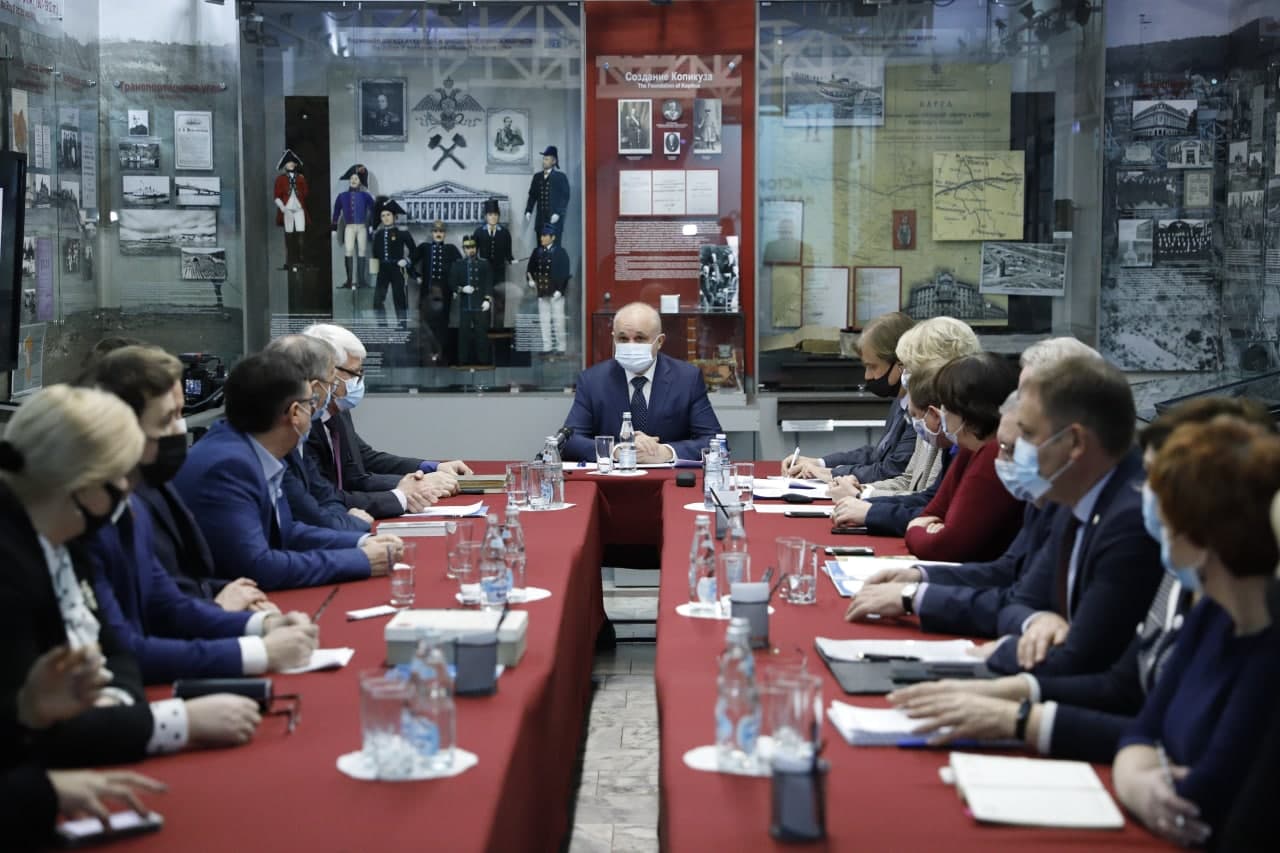 According to the Ministry of Education and Science of Kuzbass, a new interactive textbook of Kuzbass history for students of 5-11 grades will be ready by the beginning of the new academic year. Hyperlinks will help students to discover the contents of archives, libraries, theaters, museums and other digital resources of Kuzbass. The textbook will include not only a chronological description of region history’s primary events, but also maps, archival records, information about famous residents, educational materials, quests and games.

In April 2019 the regional branch of the Russian Historical Society was established on the basis of KemSU’s Institute of History and International Relations. Its experts make a significant contribution to the preparation for the celebration of the anniversary of the region. According to O.S. Sovetova, Director of the Institute, Professor and Doctor of Historical Sciences, specialists developed and uploaded to social network the series of lectures “Kuzbas-300: the History of Home Region. From the Stone Age to the Present Day”. Throughout 2020 there were lectures and roundtable discussions about history of Kuzbass, history of the Civil War and the Great Patriotic War and other topics. Despite the pandemic, there was also a Transregional Scientific-Practical forum “Multinational Siberia. Contribution to the Great Victory”.

“The preparation of the three-volume academic publication “History of Kuzbass” is almost complete. It will be possible to develop new teaching guides and popular science editions for pupils, students as well as for a wide range of readers”, pointed out O. S. Sovetova.

As one of the monograph’s authors, Doctor of Historical Sciences, professor of KemSU’s Department of Russian history A. N. Yermolaev, each of the volumes will be dedicated to a particular period. The first one will focus on the development of the area in the 17th and 19th centuries. The second will consist of two parts, namely the history of the region from the late nineteenth to the early twentieth century and the history of the twenties and thirties of the twentieth century. The third volume will cover the period from the beginning of the Great Patriotic War to the present. Also the historians of the region have done a great job in the archives and have prepared a collection of “300 Unique and Significant Documents on the History of Kuzbass”.


The coming year of the 300th anniversary of Kuzbass is a period of particularly painstaking, hard work for the benefit of the region. Representatives of the historical community have already done a huge, very important job of searching and systematizing data and documents on the development of the territory since the discovery of coal deposits here. It is necessary that this information should be available to all the people of Kuzbass. Studying of the history of their native land should be large scale, starting at schools and should be continued at higher education level.

Kemerovo State University hosted an event focused on dialogue between cultures and tolerance
The Medical Institute of Kemerovo State University welcomes its first students from India
KemSU scientists have identified the features of somatic and cognitive impairment in COVID-19 survivors
KemSU scientists have developed a system of expert assessment of lung cancer risk among coal mine workers
Up
The site uses cookies and a service for collecting technical data of its visitors.
Continuing to use this resource, you automatically agree to the use of these technologies.

Fill in all fields